Echternach (Luxembourgish: Iechternach) is a commune with city status in the canton of Echternach, which is part of the district of Grevenmacher, in eastern Luxembourg. Echternach lies near the border with Germany, and is the oldest town (current population 4,610) in Luxembourg.
It grew around the walls of the Abbey of Echternach, which was founded in 698 by St. Willibrord, an English monk from Ripon, Northumbria (in present-dayNorth Yorkshire, England), who became the first bishop of Utrecht and worked to Christianize the Frisians. As bishop, he was the Echternach monastery's abbot until his death in 739. It is in his honour that the dancing procession takes place annually on Whit Tuesday.(http://en.wikipedia.org/wiki/Echternach ) 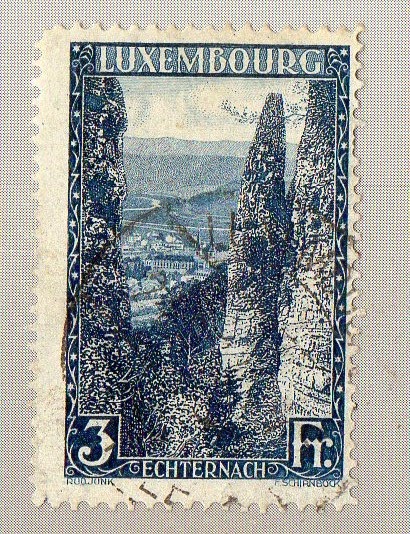 Begining today, I will start to show the last classified items ... Today I have a pair of Russian stamps 1958 a 1936 Russia and 5 General Franco stamps.