I will start with some stamps from the early days of Republican government in Portugal... It was a very disturbed period in Portugal's history , with constant changes in government and general Political and social instability...It was a long period that starts in 1908 with the Assassination of King D. Carlos I and the Crown  Prince Luis Filipe at 'Praça do Comercio'  (Commerce Plaza), Lisbon..it  ends only in the middle of the 30's with the implantation of Salazar's successive governments.. during this period the situation has worsened with the development of the 1st World War...
However , in what concerns to postage stamps , it was a rich period with some of the series that better define Portuguese Philately.. We have the 'Ceres' Series in all this period , and in the 20's we have a group of commemorative series that were really remarkable ( in my point of view...)

here we have some stamps of a series (6) from 1911.. This series is based in stamps from 1898 that were overprinted with the label "Republica".. the picture show us the Zamorin of Calcut receiving Vasco da Gama..
This kind of stamp ('Porteado' in Portuguese) is commonly know has 'Postage due' stamps.. letters could be sent without any stamps (or with stamps of the incorrect value.. ) or pre-paid postal values, and the receiver, in order to pick the letter,  had to pay the correct amount with the acquisition of these stamps ..

These are Postal and Telegraphic Tax stamps.. this kind of stamps obeyed to a well defined legal background.. this Tax was applied in  pre established days and the resulting amount of money was managed by the Central Government or other entities according with the legality...
This particular series was used in all internal Postal or Telegraphic correspondence... by internal, I mean from Main land  to the Islands (Açores and Madeira) and Colonies (Angola, Cape Verde Islands, Mozambique, Bissau Guinea, St. Thomas and Prince Islands,Macau, Timor, India, etc)..
The first stamp show us the portrait of the Marquis; in the 2nd, the Marquis and his staff are studying the Plans of the Lisbon Reconstruction after the devastating Earthquake of 1755;; in the 3rd stamp is shown the Monument to the Marquis of Pombal in Lisbon.

these are stamps from a (31) series.. it has to be taken step by step, buying one or more stamps , several times.. if You wish to get all the series at once, it will be expensive ( +/- € 300.00 for a used set [cv]...)
The series is a tribute to the life and work of Camilo Castelo Branco, Portuguese Writer and Novelist.. there are 6 different pictures in the series, and they represent aspects of the life of the writer and personages of his Famous novel "Amor de Perdição"... In the 3 stamps presented , we find the cabinet where Camilo used to write and work (1) , Teresa de Albuquerque (the heroine of the novel...) (2) and Mariana and her father José da Cruz (also personages of the novel..) (3)..it is curious the fact that Camilo Castelo Branco wrote this novel only in 15 days , when he was in prison due to a illicit romantic affair, at the age of 35..
The 2$00 stamp is a very beautiful Green on Green stamp...

We have here two Olympic stamps, one from 1901 and the other from 1906..
the stamp represent the Stadium and Acropolis..
after the success of the 1896 Games, the 1900 and 1904 were a complete failure, with the lack of results and participants ; the 4 Year count was braked , and Games were implemented in Athens in 1906 to improve International participation ...it proof to be a "winning bet" .. 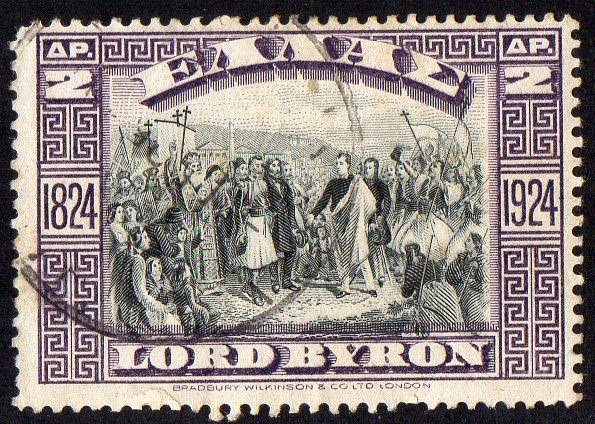 The series "Greek Ancient Art" is divided in three parts.. we have here 4 stamps of the 1st part 1954, one stamp from the 2nd part 1955 and 1 stamp from the 3rd part 1958/1960
I will give only the general data for this series..
the pictures represent : Homer , Zeus of Isteaea, Alexander the Great and the 'Calf Bearer'..

some of the stamps are damaged , but are easily replaced in the future. 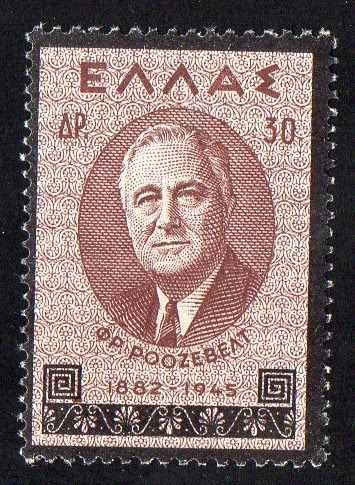 with this stamp, I have finished this series and finish also this post...