Another post  from more than one country is necessary to show small groups of stamps that are important to the conclusion of series or are somehow related to stamps I showed in previous posts..Denmark and Monaco were the chosen countries..

Some more stamps of this beautiful series from 1891.. The personality represented is Prince Albert I of Monaco. the stamps were engraved by Eugene Mouchon , as we know one of the Engraving Masters of those days...
Monaco 1891 "Prince Albert I" (21) [Engr (Eugene Mouchon)][Typo] Sc(11,12,17,22) 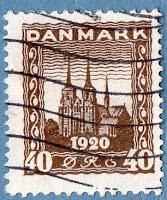 with other stamp I already had, the series is completed.. there are two posterior stamps with change in the colors ..
Denmark 1920 "Recovery of Northern Schleswig" (3) [Des (V. Andersen)][Typo] Sc(156,158)

Let us now make a first pause to talk about this series... I have these stamps for a long time , but classifying them seem to me nothing that would give great amounts of pleasure..but when I thought of making a post with other Denmark stamps, classifying them was the natural step...
The 6 stamps presented above are from the [Typo] series of 1927.. some years later an Engraved and [Recess] Printed series was issued, now with some new particularities.. Unfortunately I have only a small number of these engraved stamps, but with time they will come...

I) Each one of the stamps of this 2nd Series, could be of Type 1 or type 2

Left) Type 1) there are two columns of points between the left frame and the main Sail...


Right) Type 2 ) there is only one column of points between the left frame and the main sail... 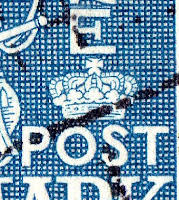 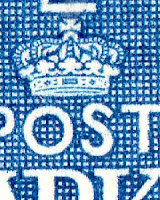 C) there is no hook in the end of the main Sail arm (I do not know Sail terminology..)

D) there is a hook in the end of the main Sail Arm.. [ I don't have any stamp of this variety to show..] 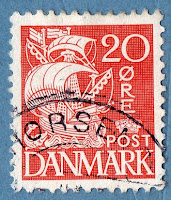 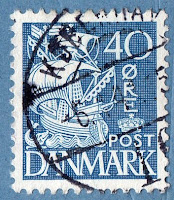 The series could be much more appealing if all the options were open and we could combine type 1 with A,B,C,D and type 2 also with A,B,C,D... the number of combinations would be greater and also great would be the joy of the collectors...
I know that there are several of these ' projected ' series done for the Benefit of collectors , since early days , but my question is "Why they don't make them  anymore ???".. 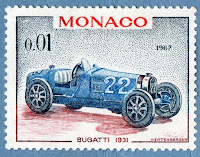 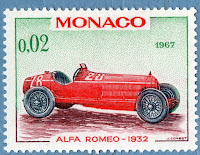 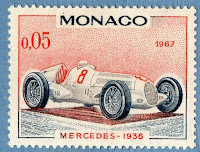 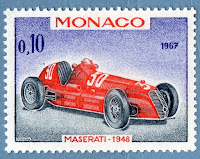 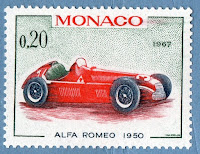 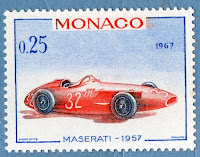 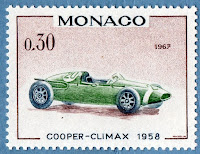 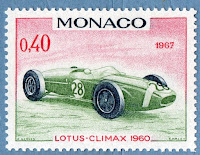 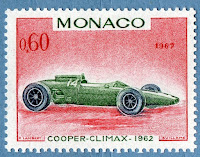 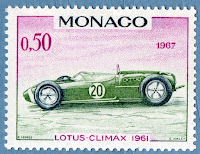 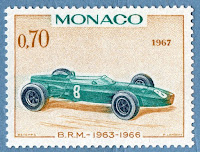 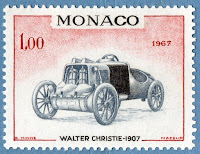 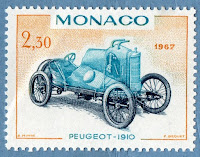 This is a series that works like a Showcase for engravers... in fact in this 15 stamp series, we can appreciate the work of 11 different Engravers...each one of them brings his own technical view of the 'business'... You can see clearly the differences in the Engraving of the Backgrounds and of the Cars themselves.....
the series is not complete (there are 2 stamps missing..) , and I want to highlight that I don't like Automobiles, I don't have one and I don't want to..! at the same time i know that this is one of the most famous Car series, and all the collectors of this Topic would like to have it...so I show them with the conscience that  some of these stamps are really Art works, in the Design and above all in the Engraving...[ it is a very accessible series...]

Now , I want to present you some of the work of Jakub Obrovsky . He is the designer of all these Czechoslovakia stamps from 1919...the 1st 3 stamps represents in an allegorical form the Independence of Czechoslovakia, with the bohemian Lion, breaking the chains to freedom....The mother and child stamps are from a series about the Legion's Orphan child's... Obrovsky was the designer of one more series from 1920  , representing the Days of Reconstruction after the War, with Agriculture and Science working side by side (all of this again in a Allegorical form...) The 2nd series is [Photo] printed and the printing work is very bad with a great lack of detail and great general blurriness....
Czechoslovakia 1919 "1st Anniversary of the Independence" (3) [Des (Jakub Obrovsky)][Typo] Sc(B124,B125,B126)
Czechoslovakia 1919 "Czechoslovak Legion Orphan Child's" (3) [Des (Jakub Obrovsky)][Photo] Sc(B127,B128,B129)