If you ever have opened a catalog of India stamps , You will find that the number of single stamp series is enormous and the commemorations are not only of Philosophers, Artists ,Politicians or important people in general.. some of  those who gave their best to the general cause or to the Community are sometimes honored too... I think this is a very important differentiating aspect between different countries Philately's , because for example in my Country , Portugal, the list of people honored with a stamp is very small and in contrast we have a small number of personalities who are honored several times , just because they represent the country's Golden Years...I don't have nothing against it, but I do think that the high level of those who are honored ( most of them belong to the World History and not only to the country itself) left behind a vast "legion" of very good, competent and deserving people....we should have many more of these single series, if We want to bring again Philately to Reality and assure a happy and long future to it...
Today's post has a lot to do with this previous introduction ,because i have some India's Commemorative stamps to show...it will be a post with lots of [Photo] or [Litho] stamps, so there will be no talk about quality of engravings , etc...

This stamp was still missing in my 2nd India Series, representing the Great Gandhi....of course , together with the 3 stamps I already have (everybody has them..!), the 10R stamp is still missing.. it is a very expensive stamp (cv £ 130.00 Used)  and somehow difficult to find in the market...perhaps one day I'll have it ..!
1948 "1st Anniversary of Independence" (4) [Photo (Courvoisier)] Sc(204) 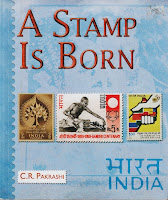 [Left] This is a beautiful stamp, and I have something to talk about it... the Artist responsible for the Design of this stamp was Mr. C.R. Pakrashi... well,one day I was wondering through the Net looking for data about his work,for my other blog, when I discovered that he wrote a book about his stamps...I bought it, some days latter and it is called "A stamp is born"...it is a very nice book offering us the author's perspective into his own work , his doubts and problems during the creation of each one of the stamps , and at the same time it is a retrospective view of his stamps where many original material is also presented to the reader...it is a nice book to read and a helpful tool to initiate us into a stamp Designer world...
The stamp itself commemorates the "Buddha 2500th Birth Anniversary" ... Here are some thoughts of the Artist when he was starting the design of this stamp...

"While looking for ideas, I studied various publications on the subject, including a Archaeological Survey of India magazine where I saw a Mohenjo-daro Seal.. The idea of the tree and the arrangement and shape of the leaves in the seal led me to associate the same with the bodhi Tree , which had a great bearing on the life of Buddha...He attained Salvation after meditating under the Bodhi Tree..(..) I thought of the Tree as the main component of the design and (...) to make it more meaningful I let the effect of the full Moon light fall on it because the Moonlight night had also a great significance in the life of this Great soul... Buddha was born, attained 'Nirvana' and died on Full Moon nights.. (...) The stylized Bodhi tree , ajanta caves entrance shape and Buddhist decorative motif were integrated into the design in a balanced composition..."

As We can see Designing a stamp is not so simple as we sometimes think... it requires , knowledge,concentration, study, imagination and above all to think with our own heads....
1956 "Buddha Jayanti" (2) [Des (C.R. Pakrashi 2A)][Photo] Sc(272) 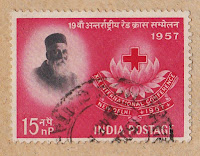 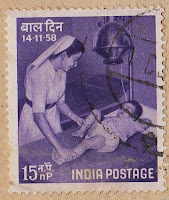 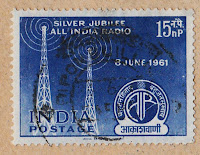 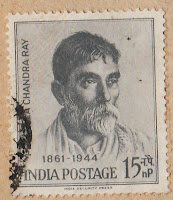 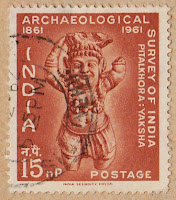 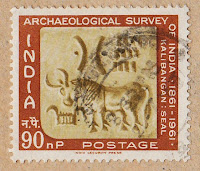 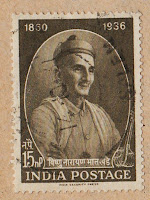 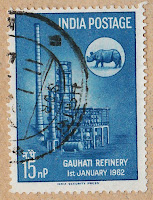 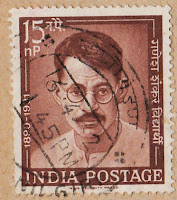 continuing now with our review of some of the India's Commemorative stamps , we have two stamps issued in 1962... 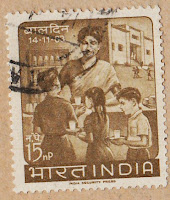 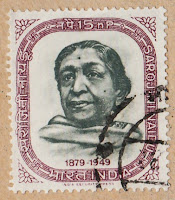 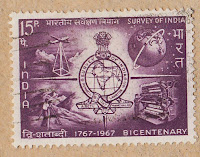 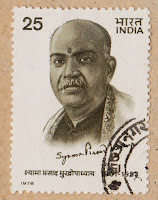 A last group of stamps, just to end the post...

the next post will be about Romania and Turkey stamps...I hope you've liked this one and until next time