http://en.wikipedia.org/wiki/United_Arab_Republic
(it is not a damaged stamp..it is really like this [only the postmark is strange to the stamp.]) 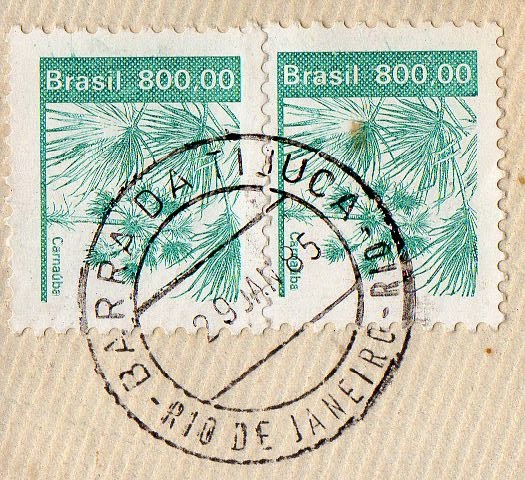 this comment was made after the sharing of the post... actually, the pair of stamps is not a pair..( i only saw that in the image..the perforations are one over the other.. it is not a "real" pair of stamps..) . Sorry..!!