Horses in the Sand 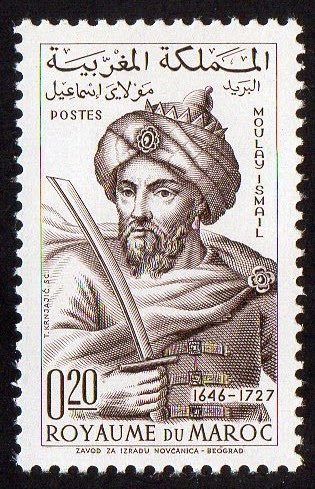 The stamp represents Moulay Ismail Ibn Sharif, king of Morocco from 1672 to 1727..from all the countries of North Africa, Morocco ( or "Marrocos" in Portuguese.)  is the one that had direct intervention in Portugal's History..My interest in Morocco's Philately has began when I bought a small lot of French Morocco's stamps.. they were beautiful, I bought more, but slowly, a desire to have some stamps of the Independent Morocco has grown.. so in recent times (a year or two ago..), I start buying some of these stamps..[now I don't buy anything, as you know..!.]
The stamp is a complete series from 1963.. The King appears because he was the responsible for the Upgrade of Meknes to Morocco Capital..This is a series that commemorates the " 300th Anniversary of Meknes as Morocco Capital"
Perf: 12.5
SG(131) Sc(85) 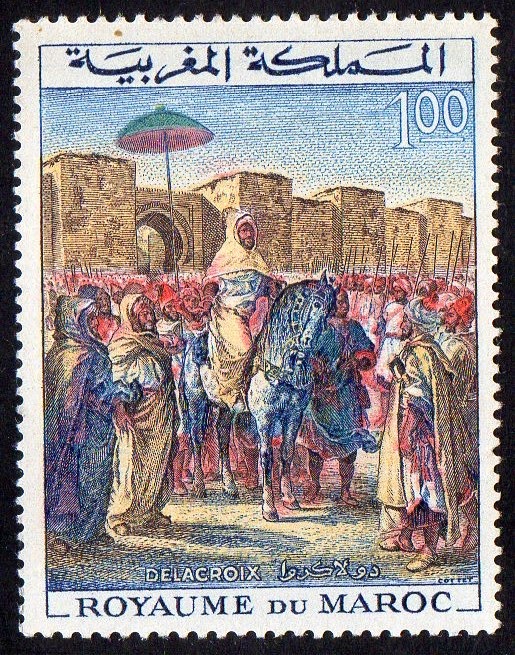 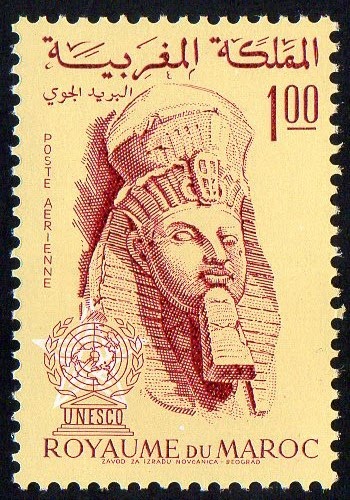 I heard more experienced Philatelists talking about "téte béche" pairs , but I actually didn't saw one  'live'... I have many thousands of stamps and this is the only pair I've got with these characteristics.. so i conclude that it isn't a common item to have ...
In this particular stamp it is not uncommon because the stamps of this series are printed this way ( téte béche sheets of 10..)..
series 3 1967 "fishes"
Perf: 11.5
SG(194) Sc(150) 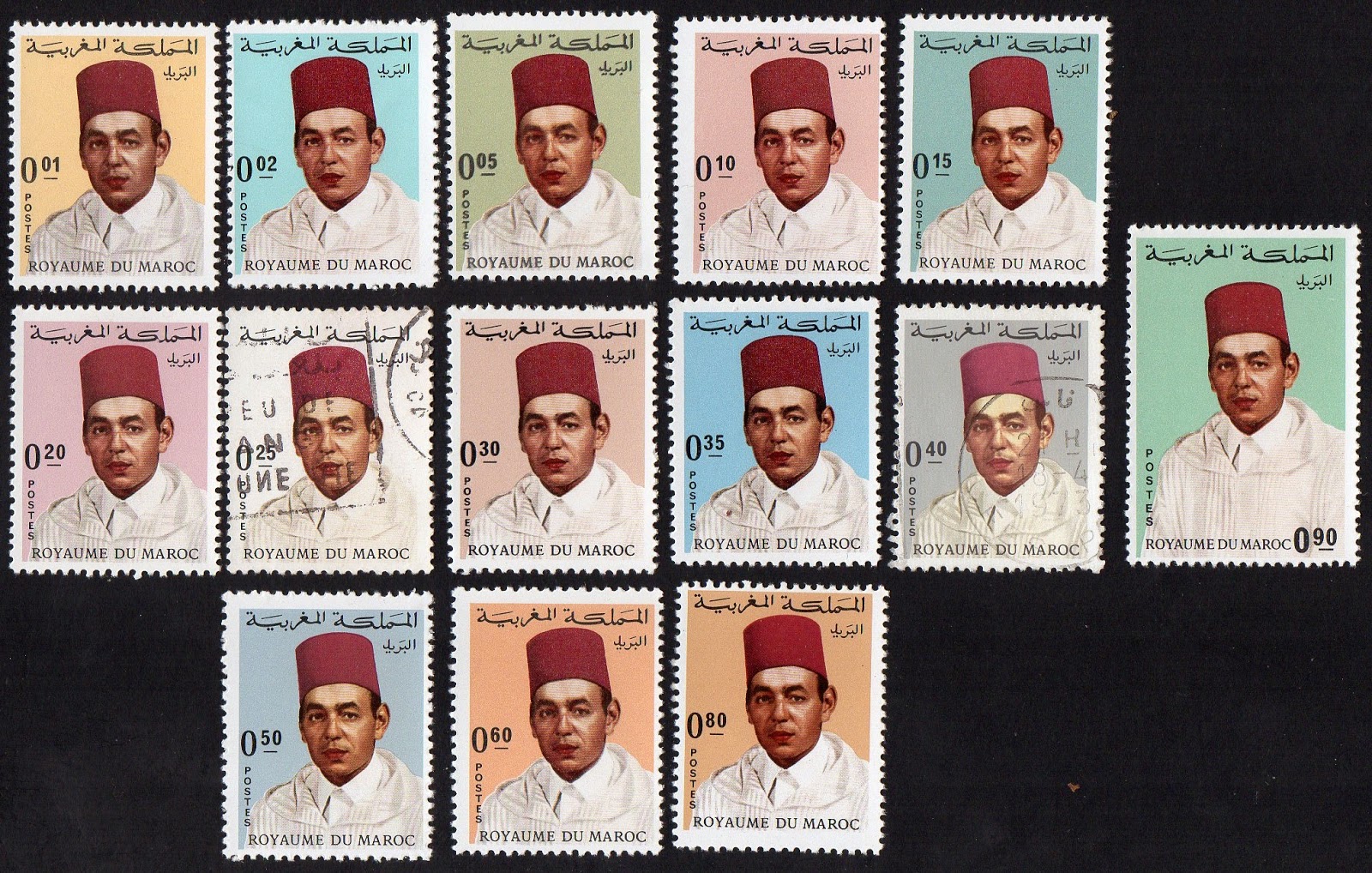 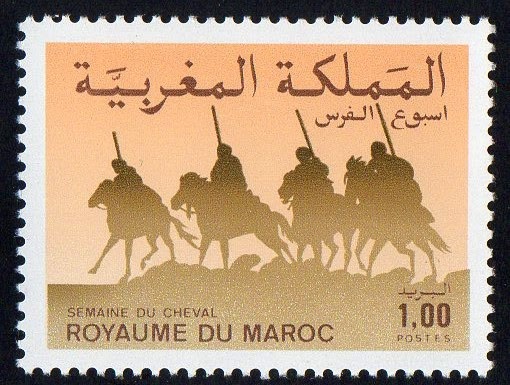