3 single stamp Commemorative series about President's of Chile.. the first Honors the life of Manuel Bulnes and 2 stamps are presented , because the printing was made with two different papers.. the 2nd stamp is a much more thin paper...The 2nd series show us Bernardo O'Higgins and the 2nd stamp is from a different shade of blue..The 3rd president showed is José Joaquin Peréz (the stamp is of the same size as the others, of course... my digital work is not very good yet...)
1931 "Manuel Bulnes" (1[2]) [Litho] Sc(181)[the information of the papers appeared in my SG old catalog of South America, and it revealed to be very accurate...]
1932 "Bernardo O'Higgins" (1) [Litho] Sc(182)
1934 "José Joaquin Peréz" (1) [Litho] Sc(185)

These are stamps from a series about the main Industries and Landscapes of Chile..it is a 12 stamps series,and I've got 2 still missing ...The series is divided in (c) stamps and (p) stamps..the first 7 stamps (the 5c is missing above) are [Litho] printed and the other 5 (with the 1.80P missing) are [Recess] Printed... the designs are very beautiful and the final result is a very well accomplished series... 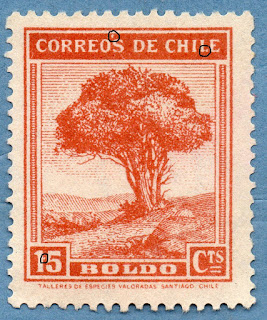 [Left] the two stamps have the same design, and in it's original form (1st) it belongs to the above 'Various Designs' series from 1960/1967...this design exists also in another larger size with a difference in the descriptive label .. in this stamp it appears between the two currency numerals ... in the other stamp (of this same series) it appears below the label "Correos de Chile" ...The 2nd stamp offers us a surcharge over the original stamp.. it is an obligatory tax... 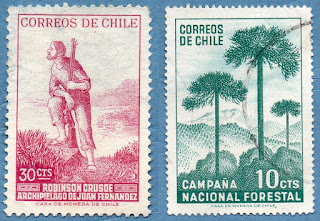 2nd) a landscape stamp commemorating a campaign to plant trees and to contribute to our planet's Good Health...
1967 " National Afforestation Campaign" (1) [Litho] Sc(363)

Now we are leaving the domain of the [Litho] printed stamps and we are entering the [Recess] printed Territory... some of the stamps I will show are real beautiful specially the 2c stamps of the Tobacco Industry Series of 1948...

I will now show a small presentation of the stamps related to the Anti Tuberculosis Fund... 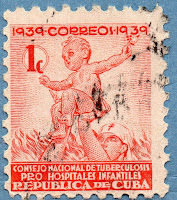 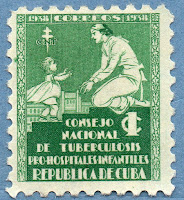 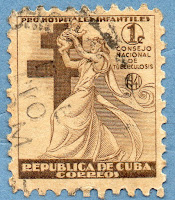 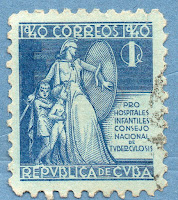 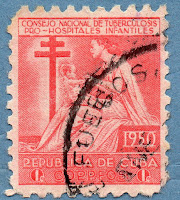 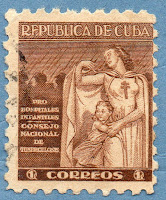 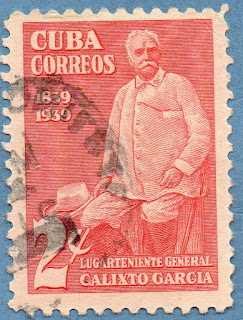 General Calixto Garcia was a very important Personality in Cuba's History , because of his involvement in three Wars against the Spanish Rule over Cuba, that led into the Independence of the Island  after the Spanish-American War... the other stamp of the series must be a nice stamp,with the General riding a Horse.. very nice..!
1939 "General Calixto Garcia" (2) [Recess] Sc(359) 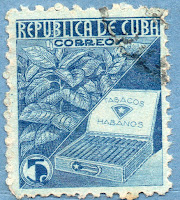 I have showed the other two stamps of this series in a previous post with Cuban stamps.. it is a series about the Tobacco Industry, one of the main income source of the Island..
1939 "Havana Tobacco Industry" (3) [Recess] Sc(358) 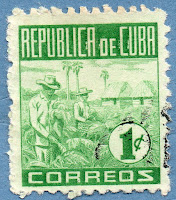 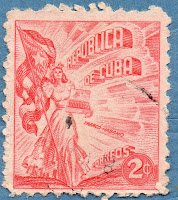 Another series related to the Tobacco Industry... I think the 2c stamps is the most beautiful stamp of all that I have presented today..
1948 "Havana Tobacco Industry" (3) [Recess] Sc(420,421)