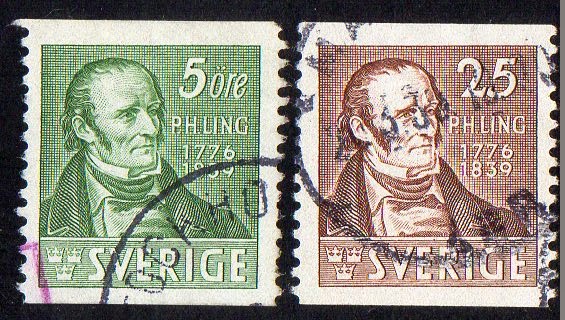 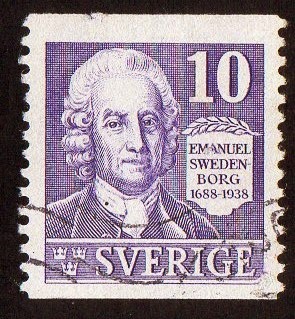 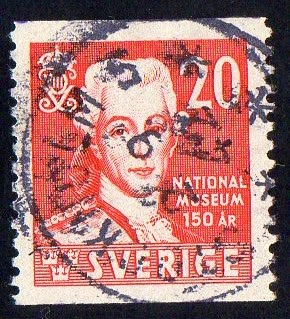 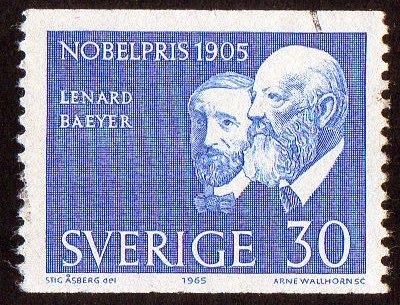 from the Series (4) 1965 "Nobel Prize Winners of 1905"... because of this stamps , I remembered that last month I had the opportunity of buying a beautiful thematic collection, mostly MNH stamps, of Nobel Prize Winners , with stamps from various countries.. of course , I didn't buy it because of my current financial problem... it is very difficult to be a stamp collector without money to buy stamps.!!.. I have to restrain myself of seeing stamps, auctions and those kind of things , because or I don't have the money or I'll end spending money I will need for more urgent matters in the future..
The personalities in the stamp are Philipp Von Lenard and Adolph Von Baeyer.
Perf: 12.5 Vertical
SG(488) Sc(689) [Engr] 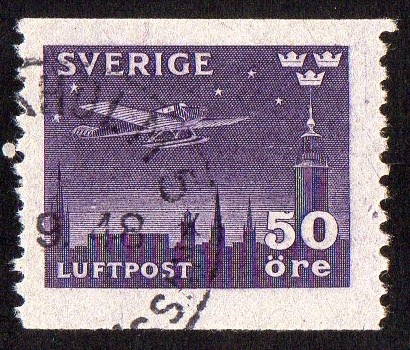 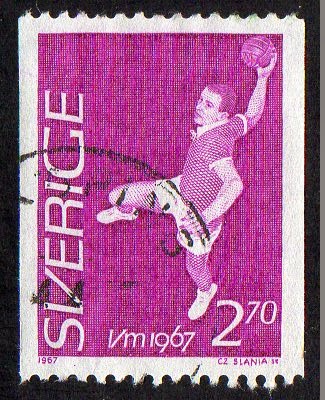