Some beautiful stamps from North Borneo and some fine stamps from Spain are all I've got to show today... 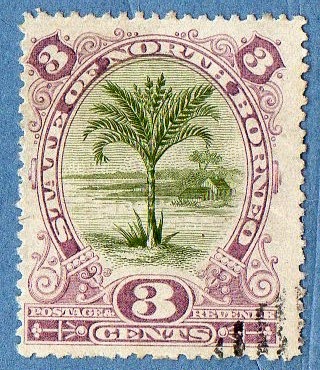 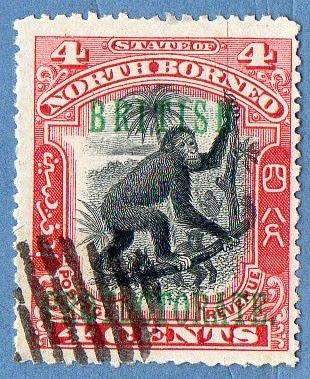 We need to know that the British North Borneo Company , ruled over the state from 1881 to 1946, when it becomes a British Colony ...Then the state of North Borneo joins with Singapore and other territories to form the Federation of Malaysia in 1963..
the usual 'Tropical' Topics appear also here in North Borneo, with lots of Fauna and Flora.. In these early series from North Borneo ,we must always look if the stamp have English and Indigenous language labels or just English labels .. it is important, because some of these designs are repeated in just one or two languages..

I like very much this great diversity in the frames used in these stamps.. they are all different in most of the series...It is a fact that most of these stamps are designed and printed by Waterlow and Sons..But it is also a fact that the final result is a Great number of Beautiful stamps..!! the 1st stamp show us a Malaysian Tapir , the 2nd the traveller's Palm and the 3rd a General Assembly of the Company with the presence of the Sultan.. 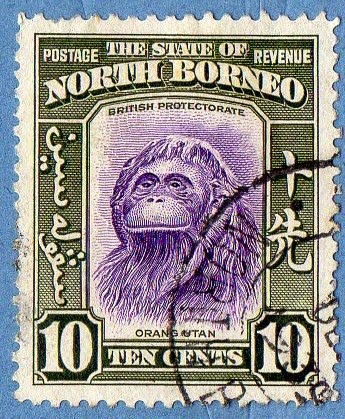 Here are some stamps from one of the most famous Spanish series.. the series is designed and engraved by Bartolomé Maura...the series tell us the fantastic story of D. Quixote (5c - D. Quixote starts his journey 10c Attack to the windmills 15c Scene with some people from a small village..); The right stamp show us the numeric identifier in the back of all stamps from this series.. (common in Spain's Monarchic series...) [Left] Great stamp from King Alfonso XIII.. The original stamp is from a Red Cross series of 1926 ; The stamps were then Overprinted, celebrating the 25th Anniversary of the Enthronement of the King.. Then the stamp was Surcharged with 10cts..
there are 6 different overprints, for the various designs..

[Right] at our right are represented stamps from two different series ; the two stamps from the top (representing Queen Isabella , The Catholic) , at a first sight , are similar , but As you became used to them you'll see they have some differences..let us keep the most important one: the background of the first stamp is solid White.... the 2nd has a 'engraved' style background.. Now I must say that the 1st stamp belongs to the same series as the two stamps below, representing "Cid, El Campeador"... the 1st of these two 'Cid' stamps is a new entry , but the 2nd is only a shade variety ( as you can see it is clearly a Rose Red , instead of the Red or Carmine Red... So we have :
1st , 3rd, 4th) 1937 "Numerals, Cid El Campeador & Elizabeth, the Catholic" (18) [Litho] Sc(644,??)[I cannot find the code for the 10c Red stamp..but it exists in the Spanish Edifil catalog..)
2nd) 1938/1939 "Elizabeth, the Catholic" (6) [Des (Sanchez Toda)][Litho] Sc(675)

Now I must talk about the symbol presented at the right.. it will appear again in other stamps in today's post... It is the sign used by the Master Engraver/Designer Sanchez Toda to sign his works.. when the name of the Artists don't appear in the down frame he used this sign (the letter's S and T just in one..)

just the two varieties of the stamp Pegasus... they are different because of the name of the designer printed or not in the down frame...
1939 "Pegasus" (2) [Des (Sanchez Toda)][Litho] Sc(E19)

In the end of this post , I have some few stamps about an activity that has been generating Passion for some centuries in Spain ( and in Portugal , as well..!) .. In recent times not only is a point of discussion and division but also a reminder of the difficulty to change tradition..!.