The Queen, some Flowers and Several Conference's

This is the First QEII Definitive series... well , I must correct.. It look's like the the 1952 series.!!. One of the things these QEII Definitive Series taught us is that things aren't always what they seem to be.. there are three different issues of this beautiful series.. the design and perforation remain constant, but the watermark is different on each one of them..so, in fact the images above  present stamps from all of the 3 issues.; I'm not really an expert in QEII stamps , but it is possible that, in spite the fact of the design and printing mode [Photo] remains the same , could exist some differences in the general appearance of the stamps.. I don't know because I don't spend much time studying these particular stamps.. the 'MIX' series is not complete , because the 7d stamp is missing..

these are the three main issues of this series , but in time they were issued similar stamps with phosphor bands (1959) and with black lines on the back of the stamps (1957/1959) ... this QEII series and the others that follows are good examples of the need of having special equipment to 'discover' the right Wmk presented , because in some of these stamps it is really difficult to spot the Wmk... perhaps in the future I can buy one of those machines that turns the Wmk detection from a nightmare into a beautiful and happy Reality..
Other thing that is needed is a specialized in QEII stamps catalog.. sometimes people think that this is only for extravagant collectors, but it isn't.. You will never know what you have in hands , unless You got one of these..!
I will not present the Sc codes this time , because i think there is no need of it...

I will continue now with some British commemorative stamps, always good additions to a collection... 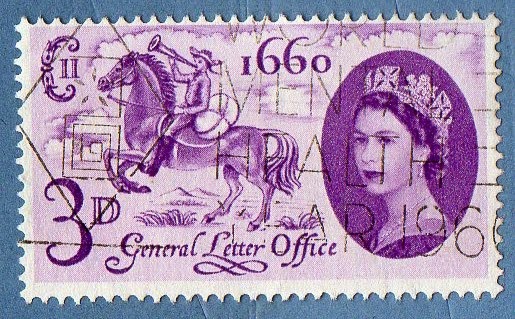 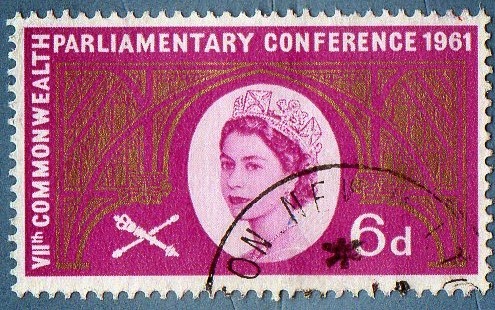 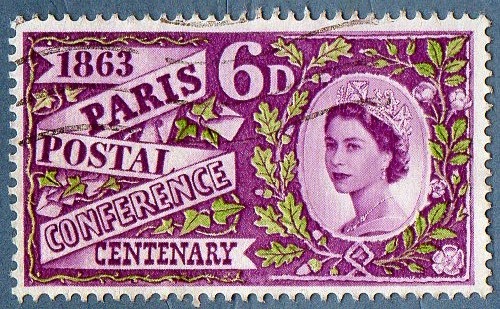 Sorry for don't presenting the designer's data , but I only got (yet,..) British data until George VI Reign..