My objective today is to make a short post just with two series from India.. As I said before I've finally bought a good lot of stamps from India and Pakistan.. it is with a big smile on my face that I finally will show a series of Commemorative stamps from India.. you know, they are not easy to get here in Portugal, and even in the Net , the offer of this stamps is not great as in other cases..
The first group of stamps I have to show is from the 1st Standard Series from India .. The Year is 1949 and we are still living those Revolution Days of the Ghandi Era... this series show us Religion and monuments motifs.. it is a beautiful series with lots of 'Rich' stamps , because they all have many history and Knowledge to offer us... It is a relatively common series , so it is no 'revelation' to nobody... the lower values are all Typographed and the higher ones (the rupee values..) are lithographed.. I will show the stamps individually , for better appreciation...,
As I said before each of the stamps represent something that has a meaning and an history... I think that all the information is gathered on the NET , and so it doesn't make sense that I loose time explaining with my words something that is already correctly explained.. so I will leave links to Wikipedia or other relevant sites and videos when available.. if You are interested , just click them...
This series has 16 stamps , so there are 3 still missing.. I say 3 because one of them ( the 3p stamp) already is in the collection and appeared in an earlier post...the 3.50A, the 10r and the 15r are missing.. 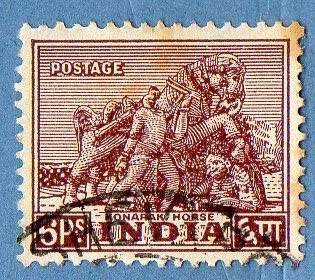 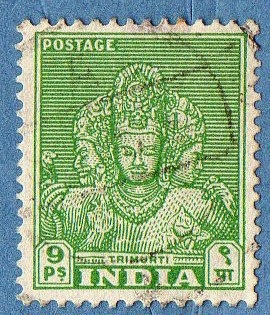 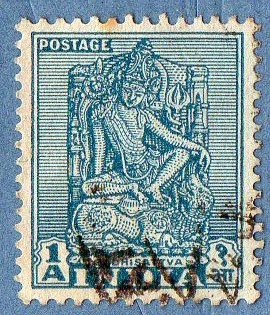 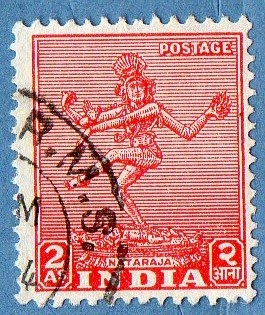 Ok, we have finished the tour to the Taj Mahal and it's romantic story, so let us continue with the next series of stamps, finally a commemorative one..!..
it is a series from 1952 dedicated to the Saints and Poets of India..
I don't have yet the data from these stamps (designers , etc), but it is arriving one of these days to my house... the personalities presented are : Kabir , Tulsidas , Meera  , Surdas , Ghalib and  Rabindranath Tagore