Two days ago I started the preparation of this post with some Spanish stamps... but with so many of them to enter the collection, which one's should I classify ??.. it was a though question to answer , but in the end I think I have managed to get a nice idea to this post... for those who like engraved stamps, this is a Great post...take a seat and enjoy some of the nice engravings Spanish stamps have to offer...
Most of the stamps I have to present today are from a group of Series called "Spain Monasteries"..the series was issued for the first time in 1959 and ended in 1978 with interruptions in 1962 and 1971...the focus is in Religious buildings so we are talking about Ancient Architecture and consequently some complicated engravings , with lots of light and shadow problems to add to the engraver's hard task...In addition to this group of "Monastery" stamps I have others from the "Landscapes and monuments" and "tourism" series (from several different years) always with a religious background and a nice engraving work...
I used the EDIFIL 2016 to prepare this post,and I can say it is a very nice catalog, very complete, but without any references to Designers and Engravers... if You don't need this kind of info, it is the catalog You Want ....
All the series are incomplete , so I have to try to finish them in a near future.. 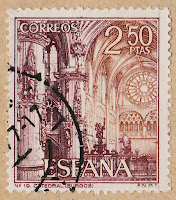 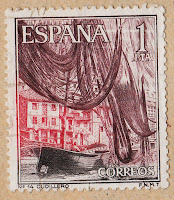 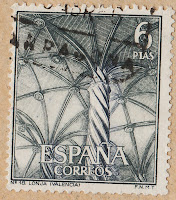 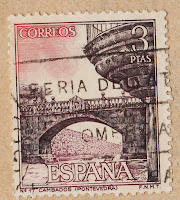 Four stamps from the Tourism series of 1965...it is curious to see that France also have a series with landscapes and Famous places from the country, and I think that in all Europe these were the two countries that invested more in these so called "Tourism" Series... some of these stamps in both countries are great works of design and engraving so they are National and Internationally "Wanted" stamps and in consequence an excellent way to spread the "Tourism" Message...these series used to have 10 stamps, so they are a little hard to obtain , if you don't buy them in their complete format..the "Tourism" series were somehow difficult to study , because they are erratic in the issues and an additional problem exists ... the "Landscapes and Monuments" series are very similar in their objective , so I think we are standing in front of a denomination problem..only that...in the end almost all the years we had a series that could be called a "Tourism" series....
1965 "Tourism Series" (10) Sc(1285,1286,1287,1289) 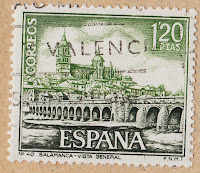 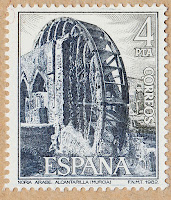 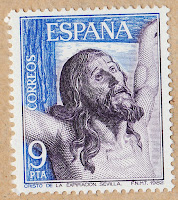 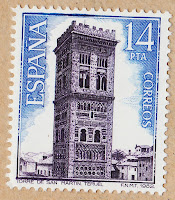 Today was not a talking day , so I hope that just seeing the stamps is enough for You...