Dancing in the Festival

In my last post I said that some attention would be given to the designers and engravers of these new entries of stamps in the collection..Why this sudden interest in this aspect of our hobby?? Well, the other day I was thinking about the reason people like more some stamps than others... In my case , the answer is easy...there are stamps that are more beautiful than others.. who is responsible for this.??.. Yes , the Artists that always lies behind every great work.. so, I decided to give them the attention they deserve , because the real Art is theirs , not from any other aspect of the production...

First I will start with some stamps from the French period.. this 1st series, obligates me to divide my thinking into 3 different steps, for viewers who don't collect French Morocco stamps could have all the information..
A) in 1902 , stamps from 3 different French series were emitted with the label "Maroc" and Surcharge in Spanish currency and labels ; these series were : Blanc, Mouchon and Merson series...
B) in 1911 , the same stamps were emitted with Surcharge in Red and Blue..
C) in 1914 the stamps from B) were Overprinted with the label "Protectorat Français" ; these 4 stamps we have here , are part of this C) step.
The first two stamps are from the Original France "Blanc" series, named in honor to its designer Paul-Joseph Blanc and the last two from the "Mouchon" series (with the name of the Designer/Engraver  Eugéne Mouchon) ; both these series were originally issued in France in 1900 [Blanc (1900/1924) Mouchon (1900/1901)].

from a Air Mail series (3) 1955 ; the picture represents a small village in the Anti-Atlas Region.

[Des][Engr] Charles Mazelin (1882-1984) studied at the decorative arts school in Paris and received the Prix de Rome twice, in 1906 and 1908. He began engraving in the field of philately only in 1939.He worked also in collaboration with other painters in the illustration of numerous books. Mazelin's style is considered to be sober and classic.
Perf: 13.5 x 13
[Engr] 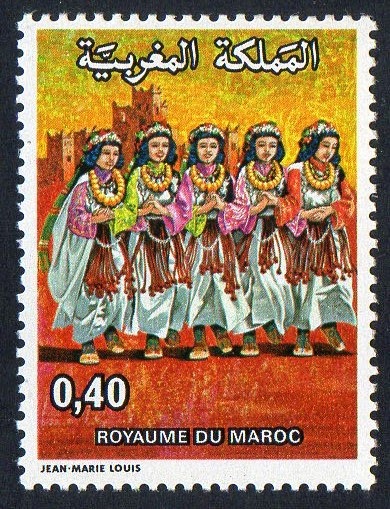 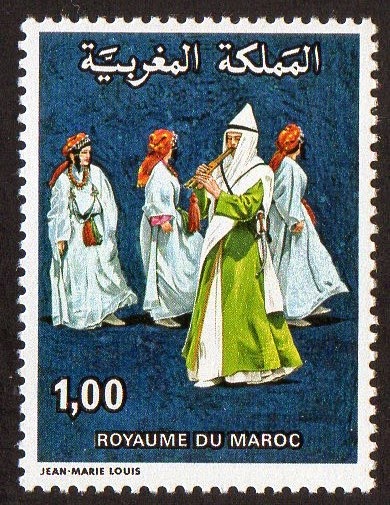