This time I will make a small post ; some Morocco stamps and one series from China PRC.

As you can see the order of the stamps is inverted [small values below and high above...my mistake and laziness..]
the series is not complete and represent's the Hassan Tower in Rabat...the French Period of domination in Morocco brought us stamps mostly dedicated to monuments and Landscapes, using French stamp designers and their work gave a high degree of detail to the pictures...( these are not a good example, perhaps due to a below average printing...)

We are now with a series representing King Hassan II .. this series is destined to Air Mail.. in the same year of 1962 another series was issued with the same design and of a smaller format (this one for current Mail)..the stamps are very beautiful and were designed and engraved by Charles Mazelin (1882/1984) , one of the most important stamp designers of France.. As we can see French designers continued to work with the former colonies and Protectorates for years after Independence.. 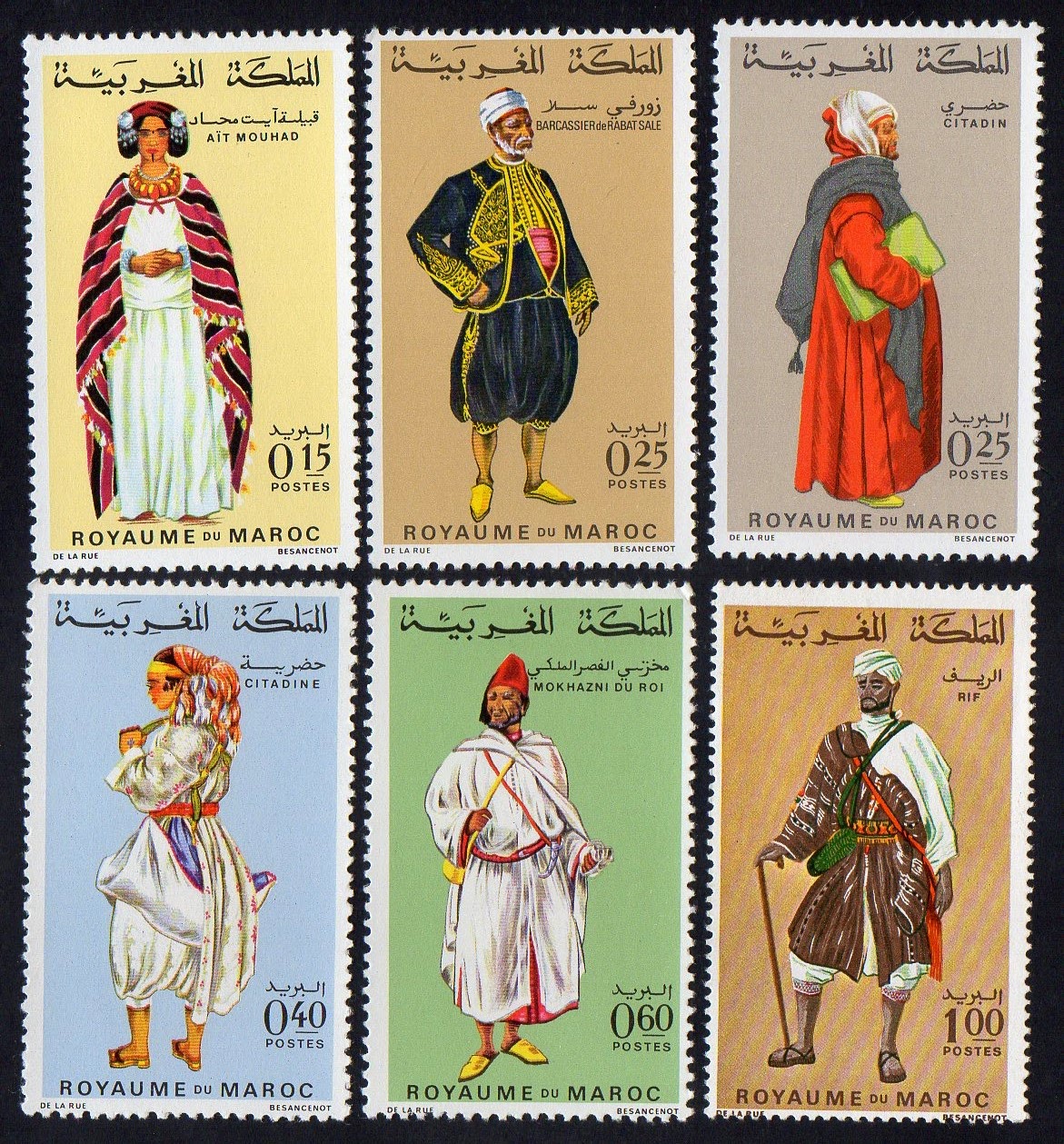 This kind of series about National costumes was , as I said in other post , in most countries issued during the 40's ,50's and 60's... In the Morocco case , and due to obvious reasons , was only issued in 1968... ; to a better understanding of the complexity of ruling a country like Morocco, I leave here a link about the 'genesis' and Geography  of Morocco Tribes...
These stamps appear much more appealing if you have a more distant look.. At a closer view , they present many imperfections and lack of detail, perhaps due to , one more time , a less accomplished printing work. 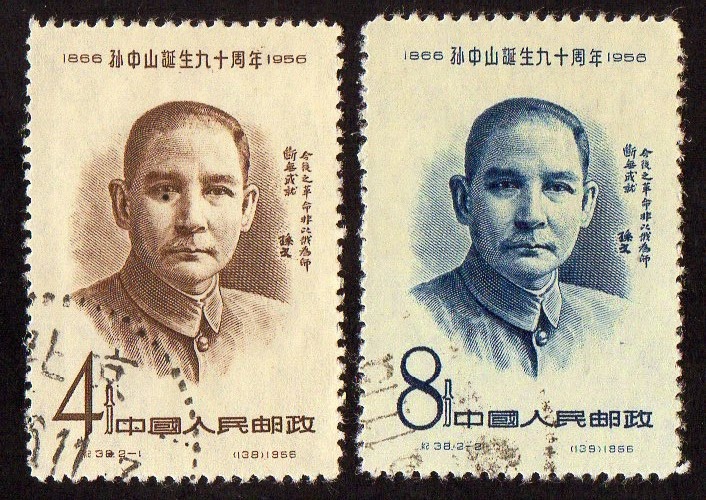 Beautiful stamps , great design, great detail and nice printing... for me , these is the best Dr. Sun Yat-sen series.!.