Today I have some stamps from the classical Period of Angola and 3 series from the 40's and 50's of Portugal...As we all know Angola was officially 'discovered' by the Navigator Diogo Cão between 1482 and 1486..The first Portuguese Governor of Angola was nominated in 1575.. Angola became an Independent state in 11 November 1975..
So , when we talk of the Classical Period of Angola , we are talking of Portuguese stamps in Angola... The main series were the same one's that were issued in Portugal...
Since the beginning of this blog , I  always said that due to difficulties with the identification of different papers, I wont talk about the classical period in Portugal (for now ,of course!!!)..
With these Angola stamps, this knowledge is not yet needed, because there are other factors of selection that enable the classification, without the differentiation of the different papers by the 'simple touch' of our fingers.. And now you are asking.. Why can't he start to study this differentiation.??. because, some of the Portuguese Classical stamps are not cheap (for my current status.. ) and to do such a study we need to have several exemplars of each stamp, before initiating a better differentiation of the different papers.. This is not yet the time..

I will start by saying again that the stamps have the same size, but this image bonding's I use to make , sometimes have a 'not so good result'.. These are stamps from 1881/1885, but the Original series was issued in 1875 (the first series of Angola stamps..).. This new series from 1881 has a different set of colors... The main factor of differentiation in all the stamps of this period is the Perforation.. in this case and just for confirmation, we need to know of the existence of two main varieties, depending on the inferior numeral labels...for the 1st stamp , we have a perf 13.5 and clearly a type II stamp.. In the first series there is a 25r variety with Color Rose and perf 13.5, with undefined type.. well this 25r stamp I present , at a first look seems to be of rose color.., but the Center seems to be violet... that  is the real color we are after.. This was the opportunity we seek to know what is the color stated in the catalogs.. it is the the color of the background Crown center of the stamp and just that!! . a Violet stamp, Perf 13.5 and type II..
The 2nd stamp has Perf 12.5 and type I.. the color is blue/Dark blue, so there is no confusion about this one...
1881/1885 "Crown" (5) [Des[Engr  (Augusto Fernando Gerard)][Typo (Casa da Moeda)] Sc(12,15)

These are stamps from the series of 1886 "King D. Luis I"...One of the main characteristics of this series is the Embossed Portrait and labels..The stamps are printed in Porcelain Paper and the perforations could be 12.5 and 13.5...Over this series and the next one's of king D. Carlos I, there are many Overprints and surcharges.. ahead in this post we will talk about them with examples..
1886 "King D. Luis I" (9) [Des[Engr (Frederico Augusto de Campos)][Typo (Casa da Moeda, Lisbon)] Sc(16,...,19,21,22,23)

well, this quick passage over the New entries for Angola is ended , and now I will show 3 series from Portugal that I bought  some days ago, because they were at a very low price (I had ti buy them...).. 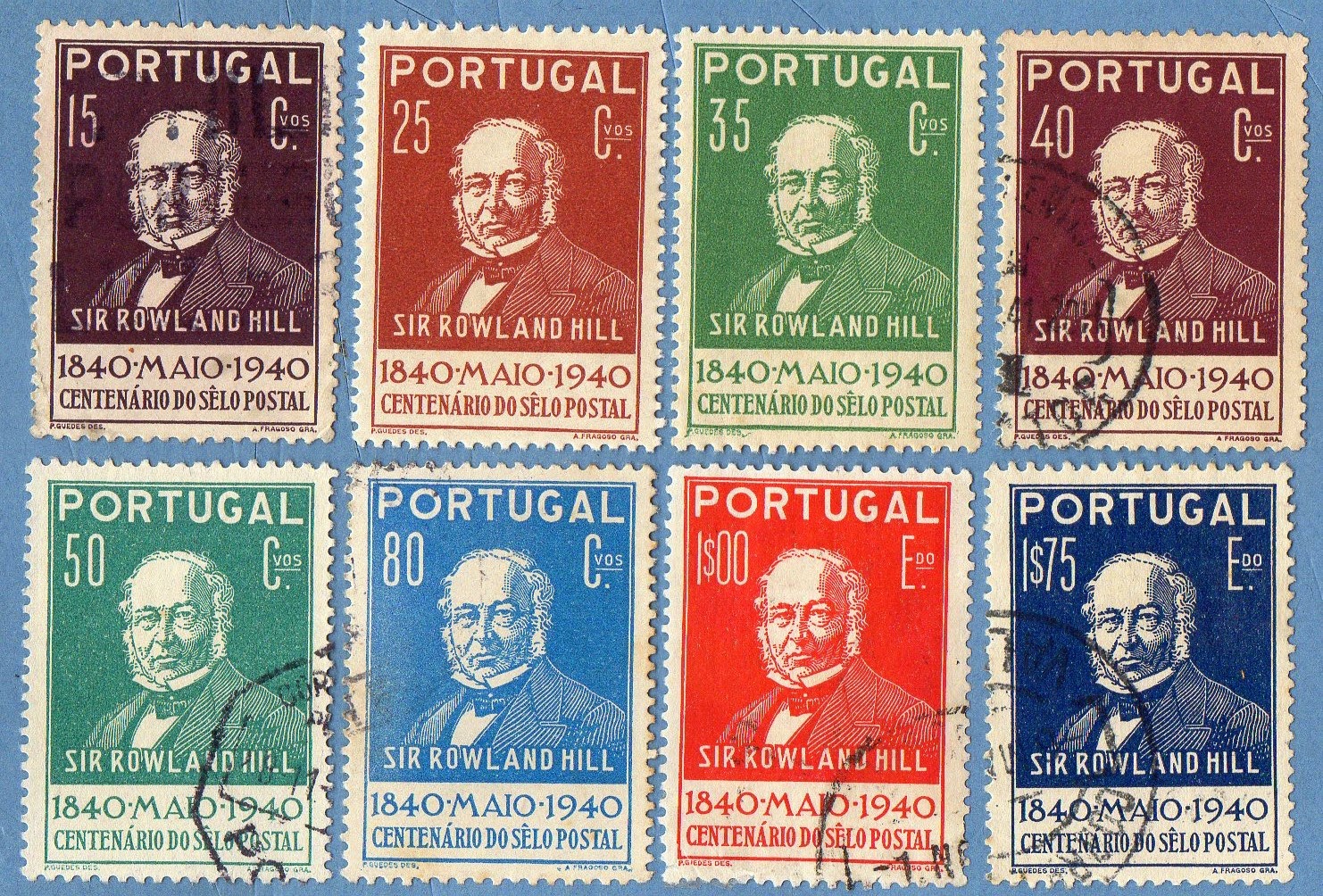 This is a series from 1940 that presents Sir Rowland Hill , one of the most represented personalities in stamps of all over the world..
Portugal 1940 "Centenary of First Adhesive Postage Stamps" (8) [Des (Pedro Guedes)][Engr (Arnaldo Fragoso)][Typo (Casa da Moeda)] Sc(595,...,602) 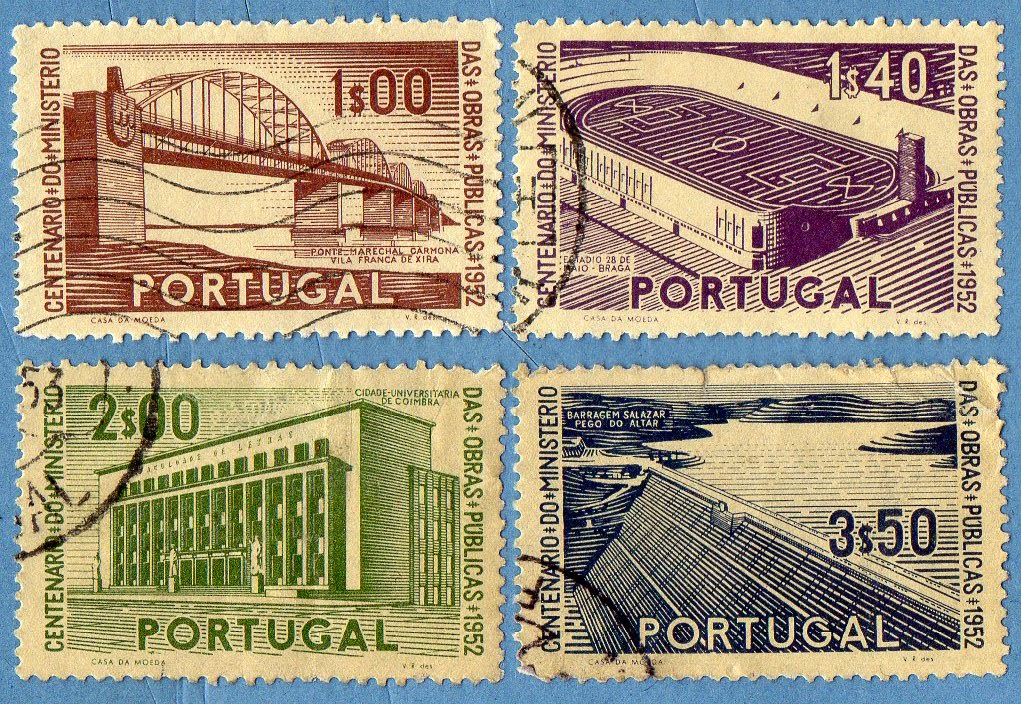