From time to time I need to make a post with US stamps, because I have hundreds of them to classify,from very different time frames...As we all know US stamps are among the most collected stamps in the world, so they are almost all very common (exception made for some of the classics, that are real "pearls"...)...the selection I made today,bring us some series from the beginning of the XX century and a group of commemorative stamps  from the 40's ,50's and 60's...to end the post  ,I have a group of sheets from the 70's and 80's...there is not much to tell about these stamps, but I will try to say something when I feel the moment is adequate... 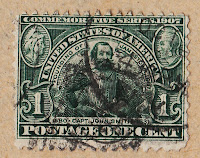 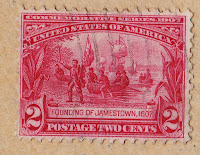 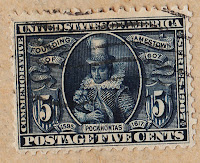 This first series to be presented is from 1907...it is about the Jamestown Exposition...in previous posts I have showed other stamps,about Expositions in other parts of the country,trying to promote the Natural beauties or Industrial Capabilities of those regions...
The 1c stamp show us Captain John Smith,the 2c the Founding of Jamestown and the 5c the Native Indian Pocahontas...
1907 "Jamestown Exposition" (3) [Des (G. Rose and Edward M. Hall][Engr ((Marcus. W. Baldwin)][Recess] Sc(328,...,330) 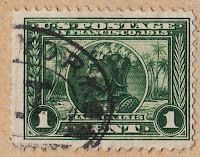 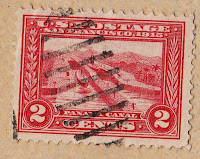 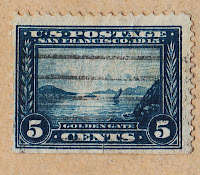 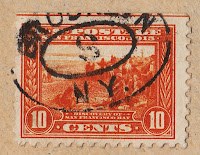 These are stamps from the 1913 'Panamá-Pacific Exposition' series..this exposition celebrates the end of the construction of the Panamá Canal and the Rehabilitation of S. Francisco after the Powerful 1906 Earthquake...represented in the stamps are Vasco Nunez De Balboa, the Panamá Canal , the Golden Gate Bridge in San Francisco and the Discovery of  S. Francisco Bay...the design of the frames is identical in all the 4 stamps and this is new if we look to the previous series presented  , where each stamp has it's own frame design...originally a yellow 10c stamp was issued but the design was not clearly seen , so a new orange stamp was then issued to replace it ...

Now I have a small part of a sheet with all the stamps from the 1973 series "Postal Employees"... the stamps are [Photo] Printed and they have a nice design with plenty of color... they have the particularity of being printed in the back, each one of them with a different text... 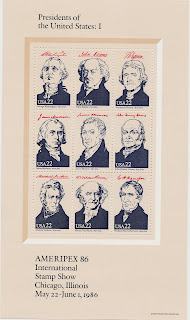 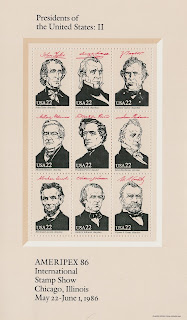 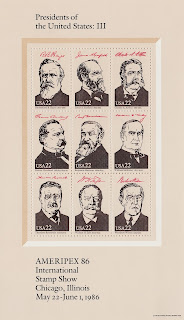 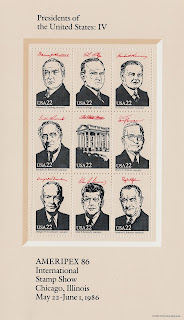