Dancing in the Ice

Today I will present some stamps from Japan.. beautiful stamps as usual..!!

Japan Post has started in 1992 a series named "Men of Culture" that is repeated every year with new personalities.. I just have Japanese stamps until 2004 , and at this time this series continue to have it's own place in the well structured Year plans of Japan Post.. 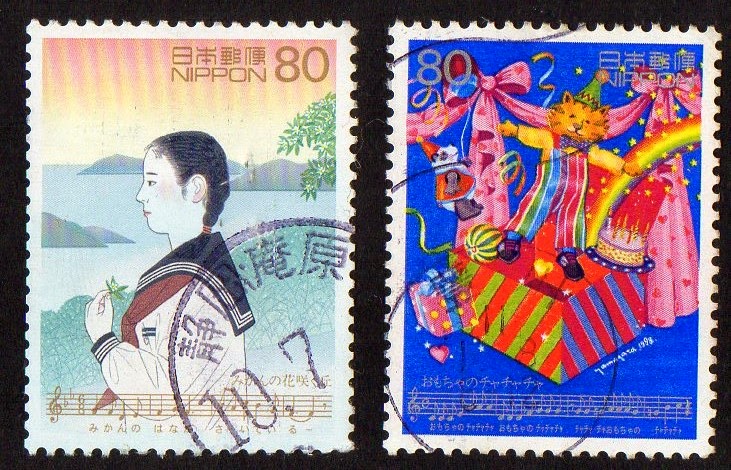 Another beautiful series is the "My Favorite Songs".. This series started in 1997 with the 1st and 2nd issues ; in 1998 there were 5 issues and in 1999 2... Each issue have 2 stamps ,so we have a total of 18 stamps ; the stamps represent each one , a  different song and fractions of the musical notation appear in the inferior part of the stamp...When I finish these series I will present here in the blog.. 3 stamps missing!!

these are Prefecture Stamps.. they are really beautiful and I must highlight  that this particular branch of Japanese Philately is a "Paradise" for a Flower stamps Collector...they appear in almost every stamp and we always finish  thinking "What a beautiful Country..!!..."
1)Complete series " Tohoku's Four Season's Story II, Fukushima" 2003
Perf: 13.5
SG(17) [from Fukushima Prefecture]
2) Complete series "The Pagoda of Murouji Temple,Nara" 2004
Perf: 13.5
SG(9)[from Nara Prefecture]
3) "Cultural and Natural Heritage II,Hokkaido" (2) 2004
Perf: 13.5
SG(61)[from Hokkaido Prefecture] 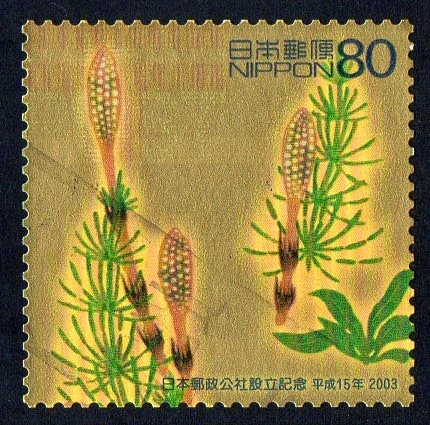 Japanese stamps that use Gold and Silver patterns, and they are many, are much more beautiful "Live" in your hand.. they loose almost their entire glow and  beauty in a photo or scan... 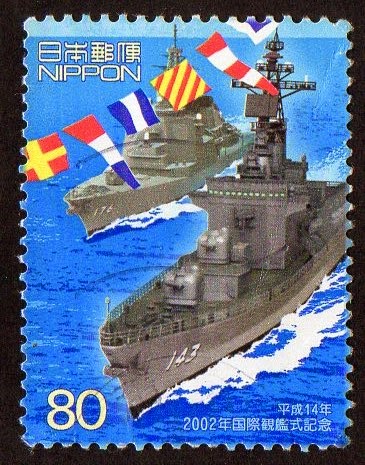 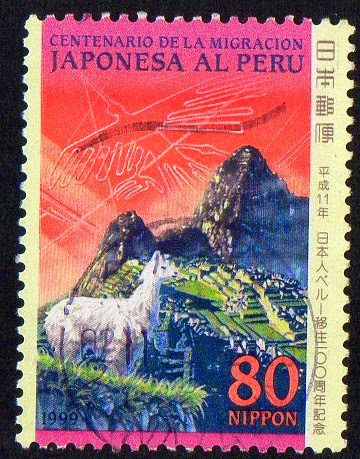 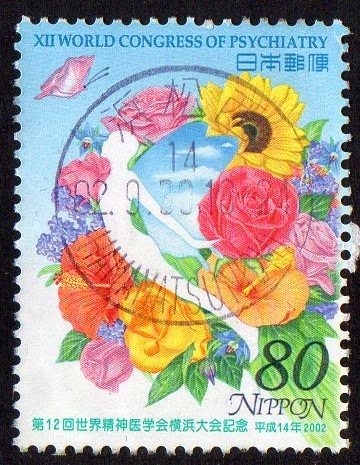 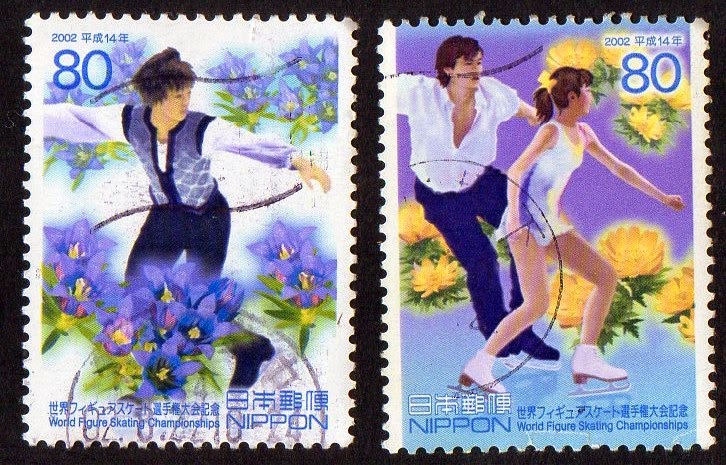 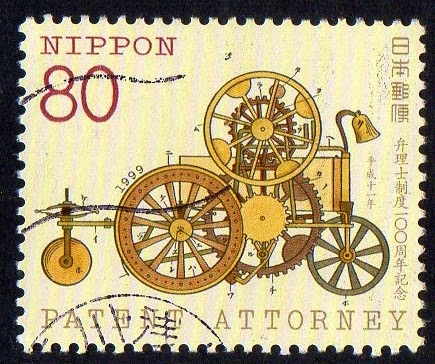 Sorry, because I have much to say about Japanese Stamps , but I don't have the time  right now... I have to leave , and I want to finish this post before...