Some stamps from Portugal and North Korea are today the in focus in this Post...

Portugal
---------
I will start by presenting a series from 1923 that in my opinion is very beautiful... the series is not yet complete , and I will present one of the stamps (The series has just one design..) in the left , for better appreciation , and the other stamps at the right.. 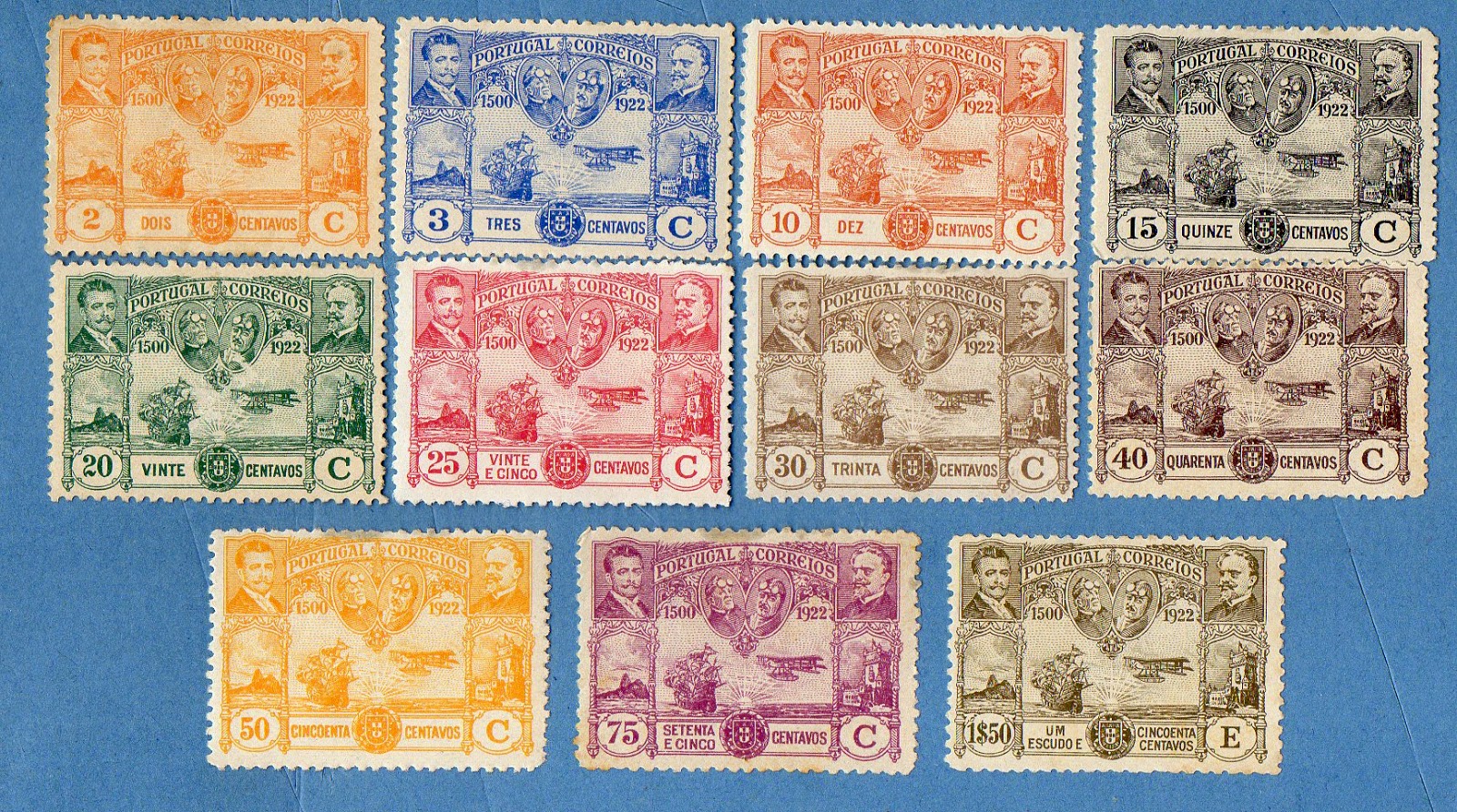 I remember talking about 'empty stamps' as those who don't have a message or history 'attached'.. Here is a stamp that is the complete opposite of an 'empty stamp'.. This one has history and could be joined to various topics.. let us see..
The stamp is a commemoration of the Flight Portugal Brazil, that for the first time cross the South Atlantic by AirPlane. the Heroes of that voyage were Gago Coutinho and Sacadura Cabral, both represented at the middle of the stamp by their portraits ..At the left side there is the portrait of the Brazilian President Artur Bernardes and at the right we have the Portuguese President Antonio José de Almeida ... At the Center we have the plane that made the voyage ('Lusitânia') and a Boat from another days (1500's)( The Caravela..).. At the left below the president portrait we have a view of Rio De Janeiro and at the right , the Tower of Belem in Lisbon.. Down at the Center we have the Coat of Arms of Portugal.. these are only some of the topics we could take from this stamps.. It is indeed a Rich Stamp...

the design of these stamps is very characteristic of the stamps from the 50's and 60's from North Korea (very simple , but beautiful..).. I am talking just of the non engraved stamps, because there are few Engraved stamps of good or Very good level..(perfect and well elaborated designs and good engraver work..).. 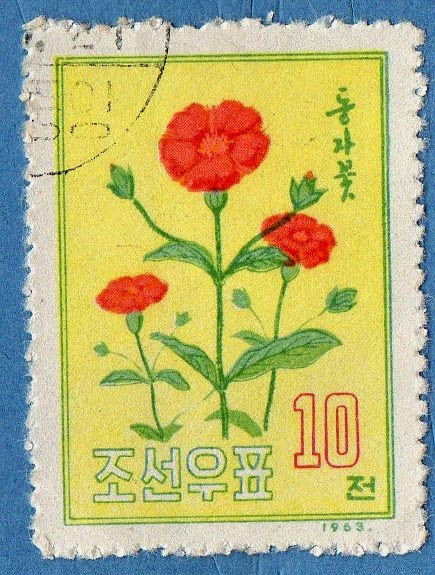 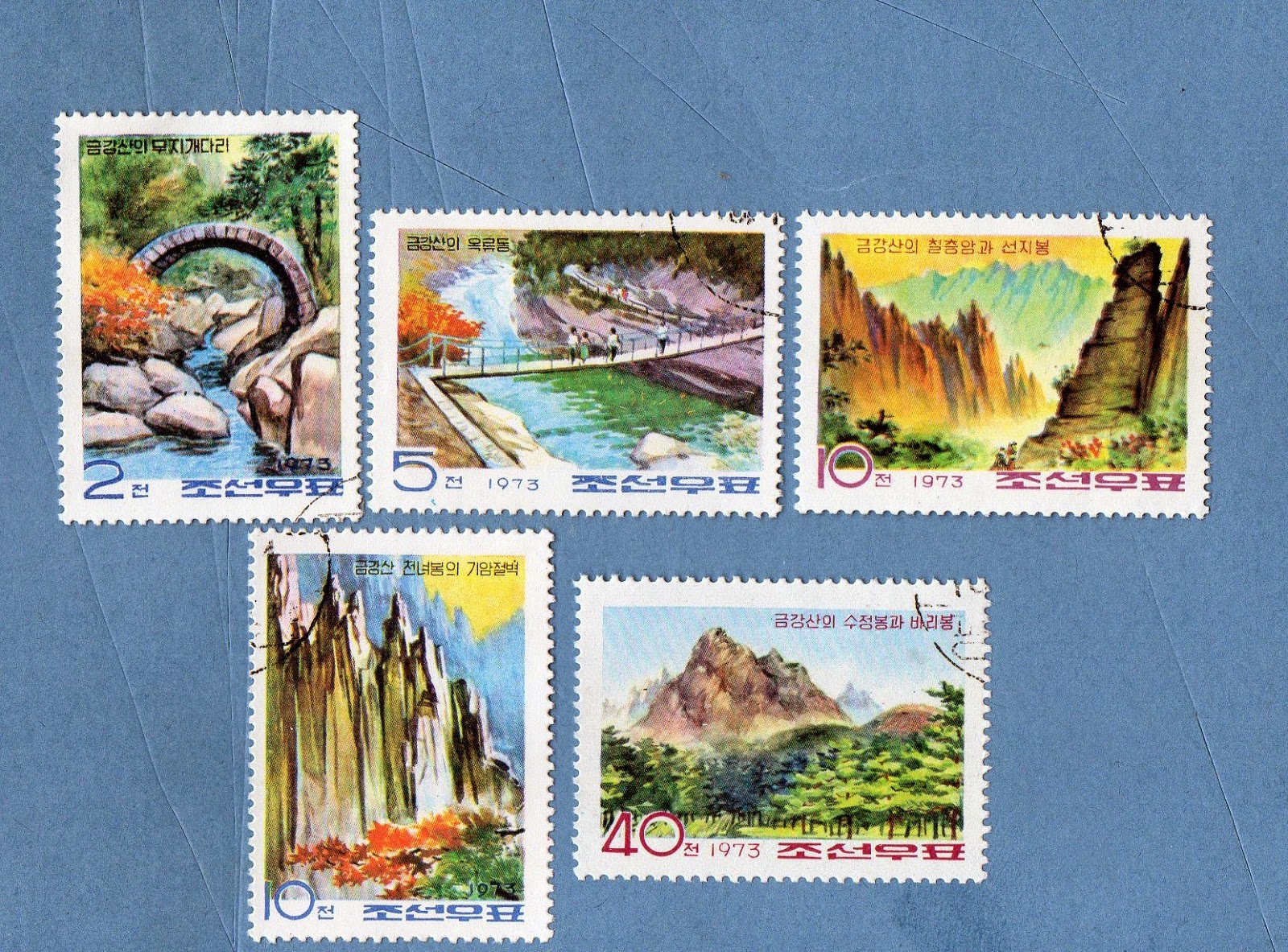 This is a beautiful series about a group of mountains in North Korea, called the Diamond Mountains.. there are several series with views and landscapes of these Mountains.. it seems that this Mountain chain is divided between the two Koreas...

I will leave here two examples of the North Korean engraved stamps... they have some really beautiful engraved series like the 1963 "Ancient Korean Buildings " or 1965 "Wading birds"...All the engraved stamps are printed in just one color.. (perhaps this was the real 'deficit' that lead to the use of other printing methods..) [I think that they are really good stamps...] 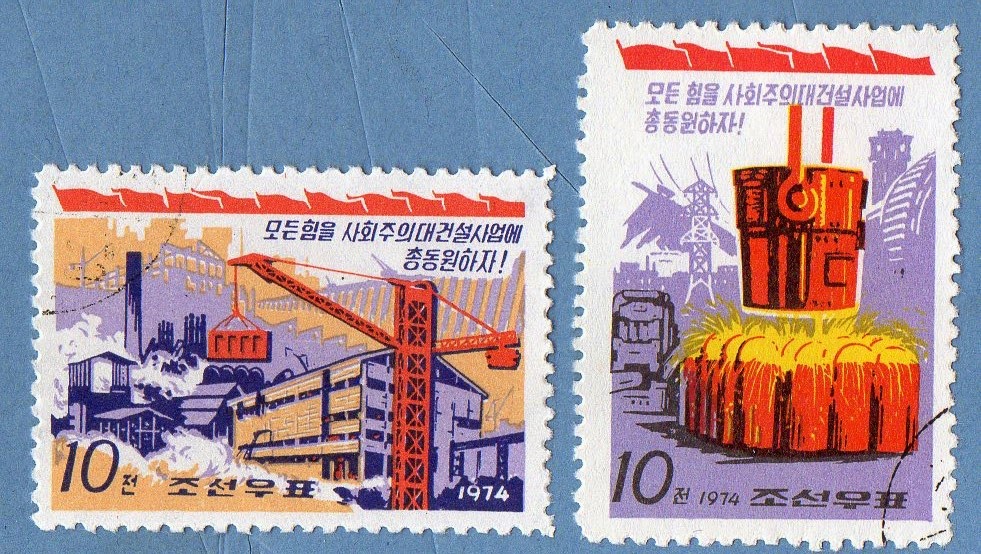 
Now, and to end this post , two MS, one of flowers and other os Pre-History..
I don't present any data from these MS.. 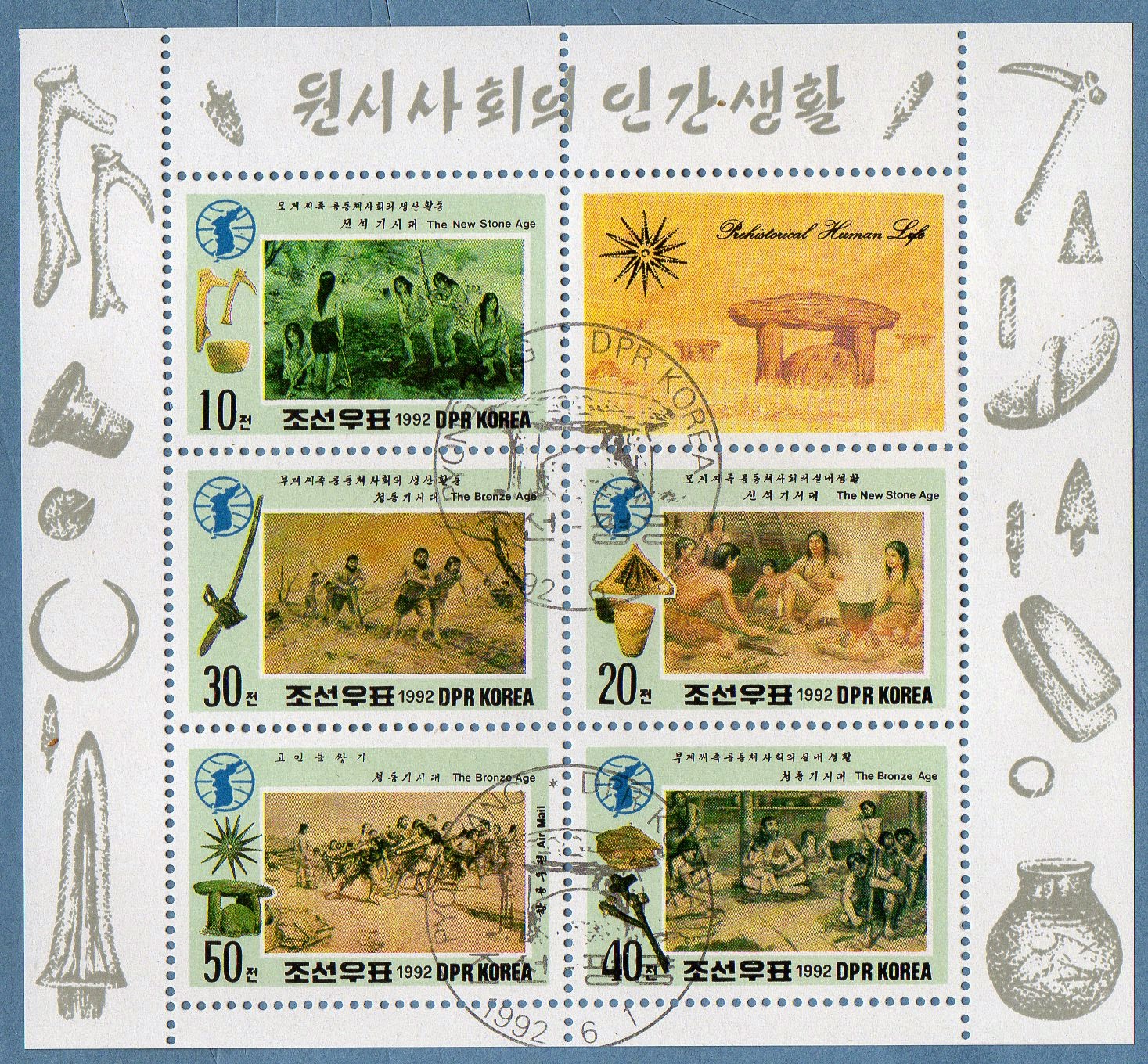