Periodically I have to return to the stamps of Countries I already have made two or three posts... countries like Spain, US,North Korea, Japan, Russia, France , etc..this time I will do one more post about Spanish stamps...I will start the post normally and then , I will make some brief comments about the rest of it .. 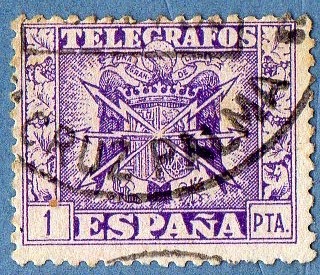 these are stamps from a sports series from 1960.. The importance of the Roller Hockey in both the Iberian countries was tremendous in those days.. Spain and Portugal were always " at war" when we talk about this sport , because they were always the champions (one year Portugal, next year Spain, etc..) and all the other countries were miles away from the Virtuosity and strength of the Iberian Players.. I think that in the end , this was the only reason for this sport was never considered an Olympic Sport .. yet it is one of the most stressful and quickest games you ever seen... it is a beautiful sport..!!
it is a series with no hidden secrets...some of the values are AIR MAIL..
1960 "Sports" (14) [Photo] Sc(954,957,958,962,C169)

Before I start the post I didn't know how to approach this time the Spanish stamps... suddenly, Saturday everything has changed, with a clear view of what I need to do.. As you know I am a compulsive Catalog buyer, for different reasons , the last and the most important one is my other blog about Stamp Designers...Spain was and still is a resistant , because I'm experiencing difficulties to find data about Designers.. I have a online Edifil Catalog (downloaded from the Net..) and two more Edifil editions on paper, plus the 70's SG catalog on paper and Scott World ..neither one of them has info about the Designers.. SG is the only with the designers from some stamps until they begin to be designed and engraved by the "F. Nacional de Moneda Y Timbre"..then on Saturday I asked another blogger from Spain , who minutes later gave me the info about a Stamp site with an article about the engravers of the F. National de Moneda Y timbre.. well, this changed everything and I decided to choose some engraved stamps that were not in the collection yet  to show them to You and also make a small tribute to the Spanish Engravers..  .. it is a very good and detailed article and I'm very grateful to Cristina Martin San Roque , so i left here the Blog's Adress El Salon De Cris"  ...

I will present the stamps individually, to allow a better view from the visitor.. I will use stamps of the Groups of series "Spanish Personalities" and "Centenary's"...
let us start with this small sample of the Spanish Engraving School.. 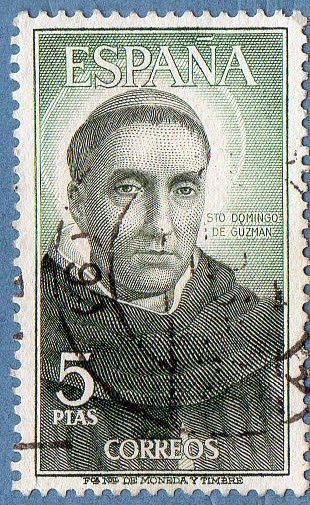 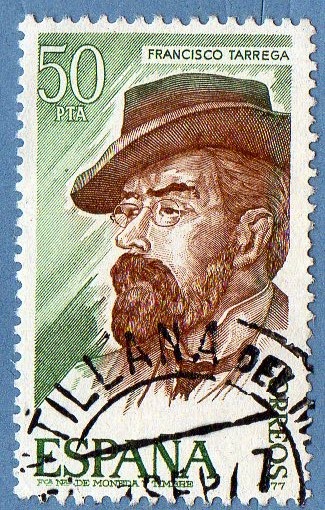 After the Sc codes , the names of the Personalities represented are listed

I do not present the data from the engravers, because I don't had yet the time to study the data from the article.. what I want is to tell You the location of the Article ... some of these stamps are really masterworks , like the 5P that stands alone , "St. Dominic of Gusman (1178/1221)"...the 5P Manuel De Falla appears at last with two other musicians, Pablo Casals and Francisco Tarrega, because he , Falla, and Tarrega are two of my favorite Spanish composers, one for Orchestra and other for classical Guitar...I leave here a video of Paco De Lucia playing a stunning version of the beautiful "Danza De Los Vecinos" from his album "Paco De Lucia Plays Manuel De Falla"

Next time I present stamps from Spain , two series will be highlighted: the "Castles of Spain" and the "Tourism Series", also engraved series.. I expect that in the next post I already have data from Designers and engravers to put some substance into our analysis..