Some stamps from Angola and El Salvador.

Now , let us enter the domain of El Salvador Philately... from what I know , my favorite period (the 30's and 40's ), is very well represented  with lots of beautiful stamps...
This series present's us a group of important Personalities in El Salvador history :
1) Isidro Menendez (Father of the El Salvador Legislation)
2) Crisanto Salazar (First Head-Master of the National University)
3) Juan Bertis (First Humanist in El Salvador)
4) Francisco Dueñas (During his Presidency , First Postage stamps were issued..)
5) Ramon Belloso (General of the Allied forces against the "Filibuster" William Walker) *
The stamps are printed and engraved by the "American Bank Note Company.Co"
The stamps belong to a series 9 1947..
Perf: 12
SG(950,...,954) Sc(596,...,600)

a link to know more about Ramon Belloso, and this strange "Filibuster" War..
http://es.wikipedia.org/wiki/Ram%C3%B3n_Belloso 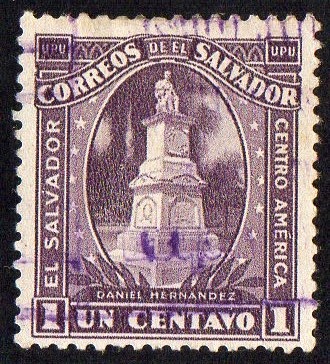 This is a series that present us various motifs of El Salvador.. Nature, Monuments,Personalities,etc. However, we must see that in the superior corners the label "UPU" appear.. this fact tell's us that the series have something to do with the "Universal Postal Union".. the stamp represent the Statue of Daniel Hernandez.(born in 1840 , was well know by his knowledge in Mathematics, Astronomy and Physics,and was also a Benefactor in several different aspects of El Salvador society..)
Series (10) 1924/1925
Perf: 12.5
SG(750) Sc(495) 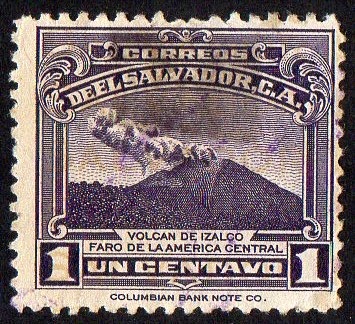 I finish this post with some stamps from an unidentified series... the stamp itself represent's the coat of Arms of El Salvador, but I cannot find in the Catalogs I use this particular overprint...
Some help is needed , so if you know something about these stamps, please comment...