In our hobby , something we learn to value and cherish is the fact that sometimes a little "push" is needed to light this 'collector fire'... My father was always the motor that push me to this activity , but unfortunately, only his death made me awake to this dream of 'collecting stamps...' ; Yes, it is the Dream that keep us going , always trying to get more and more of our desired stamps.. the dream of having... As a Portuguese Poet once said "By the Dream We're going...".. Being a highly organized and disciplined man , my father have almost all the attributes necessary to be a Great collector... but the Dream was missing... I am a disorganized person , always starting new things and let them die in oblivion, but I have plenty of Dream... The beginning of this post is , more them remembering, a reflection about the "myth" that there are qualities needed to be a collector... I think that only dreaming is necessary to ' ignite and keep the flame burning...'

In today's post we have small groups of stamps from 5 countries..

CHINA
------
Since my infant days in Cape Verde that China has a great influence in my imagination..I remember that I had (when I was 5 or 6 years) a gold colored silk pajama filled with beautiful Chinese drawings , that ( in that time..) was one of my favorite objects.. All of this to say that to collect Chinese stamps , was a natural thing for me and almost a necessity...
I have here three stamps from a series of 4 and I decided to present it today , even if one is missing..

Japan- is one of my favorite countries , as I said before , but I'm not going to make more considerations, leaving them to future posts.

For some time I wanted to present these stamps, but I have always delayed the presentation , because classifying these stamps is a hard task.. not only by the similarity in the design of several series , but because I don't have stamps from the first series ... I will try to explain why I think these 13 stamps belong to the same series...

However , and after the 'match' of all these aspects I still have my doubts about the 7 ore stamp..

I would like very much that someone with more knowledge about these stamps, could help me knowing if I'm classifying them correctly .. ( remember that if the comment is helpful for the post , I will make update's to the post with those remarks...) ; of course , I almost forget the perforation that also is the expected..(14.5 x 13.5)

MONACO
-------
there is nothing to say about  Monaco stamps , except the fact that the presence of so many Masters of the design and engraving in the production of their stamps was a 'bless' for this small Principality..

Now , and to finish , I will present some parts of sheets of stamps from Spain... they are all from stamps of the Definitive series "King Juan Carlos I 1994/1995" ; I already have these stamps individually , so I will not present any data from them.. these are only extra's for the collection... 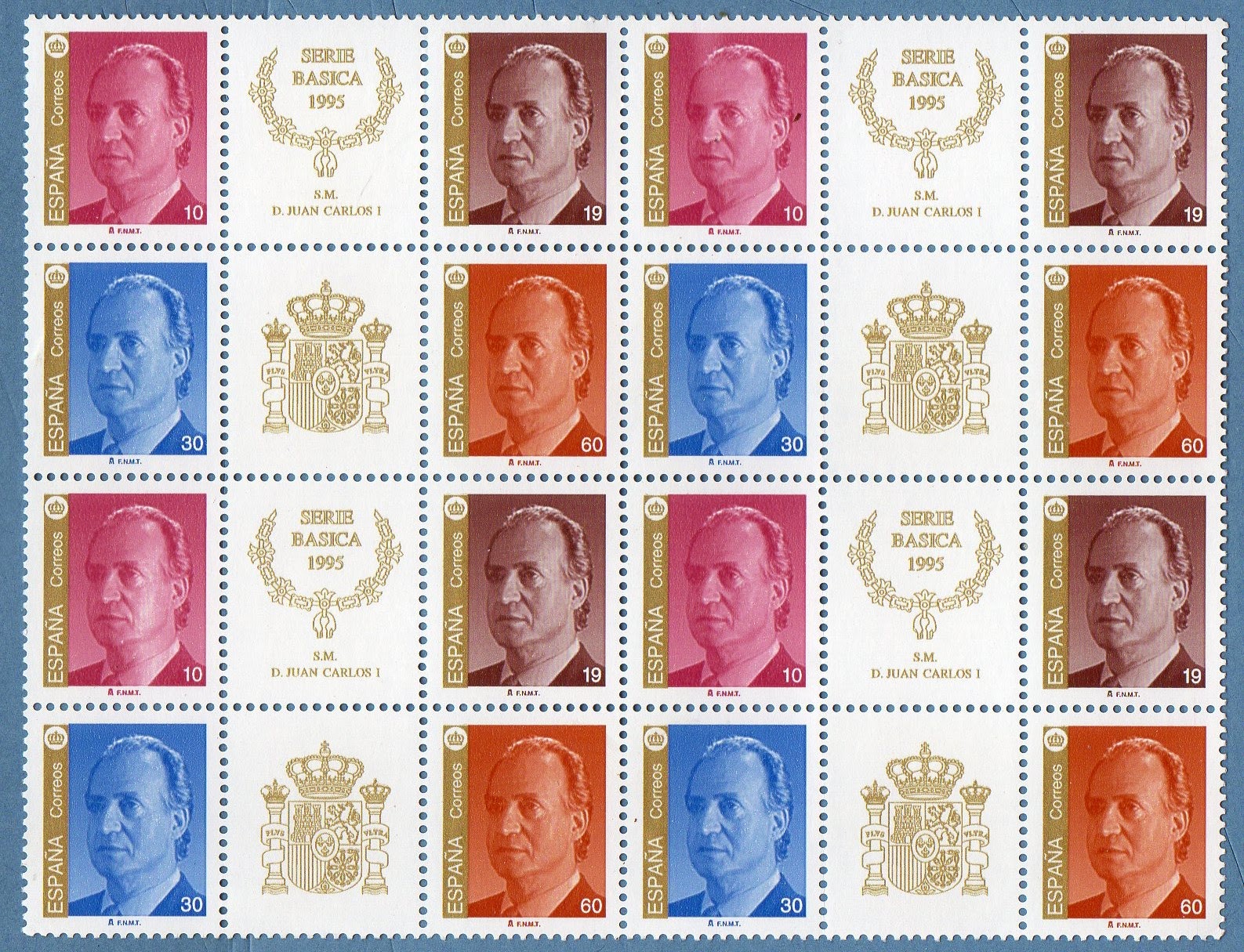